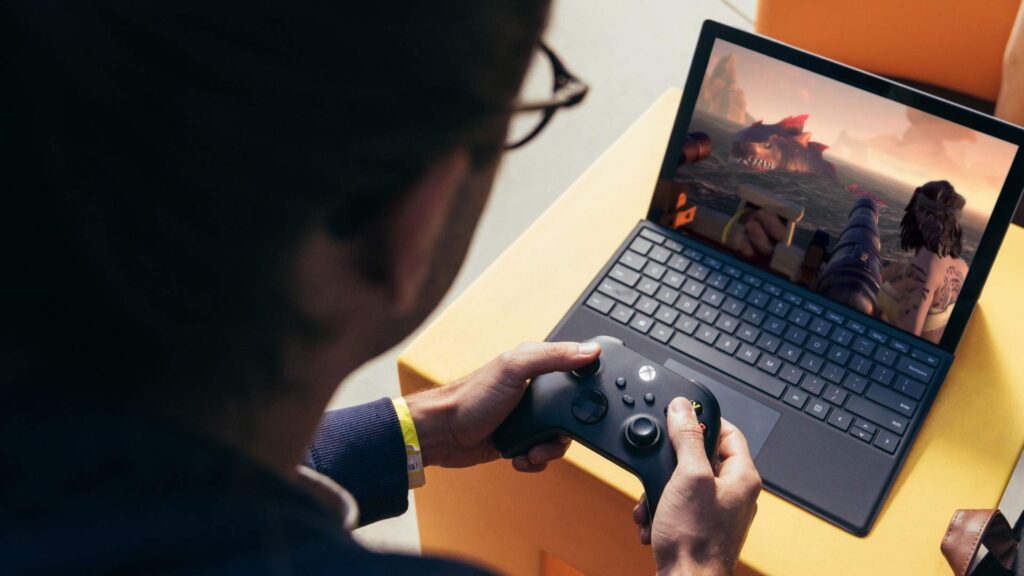 The long-awaited new feature brings the ability to play Xbox Game Pass games via the cloud, while also streaming games directly from the console itself thanks to the remote play capabilities.

Until now Xbox Cloud Gaming (aka xCloud) has been available on Android phones within the Xbox app and via browsers on iPhone and PC, so an all-encompassing integration within the Xbox app on Windows 10 is a nice bonus for Game Pass Ultimate subscribers.

The system is ideal for those who just want to pick up a game on the go, or to try one out before making the effort to download it to the limited hard drive space on the console itself.

All Windows 10 users will have to do is open the Xbox app, ensure a compatible controller is connected and click the “cloud gaming” icon. From here you’ll be able to grab any of the cloud-compatible games in the Game Pass Library, of which there are well over 100.

There’s newcomers like Psychonauts 2 and Myst alongside staple entries from classic franchises like Forza, Halo, Destiny, Fallout, Skyrim and many more.

As for Remote Play, gamers will be able to access any of their Xbox Series X/S or Xbox One games on their PC via the internet. That applies whether you’re at home or on a different network. It enables console owners to mirror their experience within the Xbox app.

“This marks the first time we’ve enabled Xbox Remote Play on PC for Xbox Series X|S owners,” Microsoft says in an Xbox Wire blog post. “We’ve also made additional upgrades from previous iterations of Remote Play, such as general stability updates, allowing for games to stream at 1080p up to 60fps, and adding the ability to play select Xbox 360 and Xbox Original games, which has been one of the most highly-requested features.”

This Leica 35mm F1.4 Lens and Its Beautiful Bokeh Can Be Yours

Creating a Plan With SketchUp and LayOut