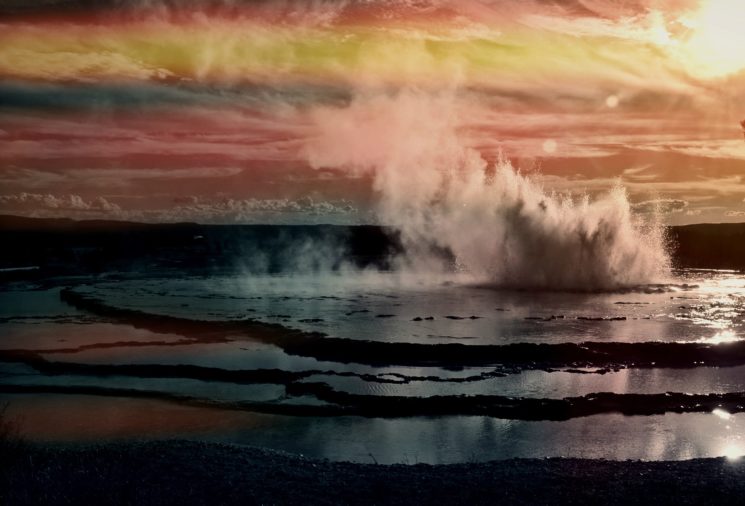 A 26-year-old woman from Connecticut, USA has received a sentence of 7 days in jail for leaving the protective boardwalk in Yellowstone National Park. Madeline S. Casey was visiting the Wyoming based National Park in July when she was caught on video stepping off the covered path onto the fragile crust and approaching a thermal pool. Not only did she end up with a jail sentence, but she also has to pay over $2000 in fines and is banned from visiting the park for 2 years.

It may seem a little extreme, however, signs throughout the park clearly show that you must not leave the path for your own safety and environmental reasons. The park website states that the delicate crust and local ecosystem can be completely destroyed by nothing more than a footprint, and then of course there is a risk of extreme injury and death, with the danger areas changing frequently.

“In thermal areas, the ground may be only a thin crust above boiling hot springs, and there is no way to guess where a safe path is. New hazards can bubble up overnight, and pools are acidic enough to burn through boots, so you must stay in designated walking areas.” YellowstoneParkNet.com

According to the book ‘Death in Yellowstone’ by Lee H. Whittlesey, there are numerous ways to come to a sticky end in the world’s oldest National park, from bison goring to cowboy shootouts, poisonous gases and wagon accidents. In the park’s history at least 20 people have been killed by falling into thermal pools (that we know of). In comparison, only 8 have died from bear attacks. Just last year one young man left the boardwalk looking for a hot pool to soak in and slipped into a boiling acidic bath. Sadly no remains of note were found of him afterwards, his body dissolving in the acid completely.

Now admittedly we can only speculate as to the reason the Connecticut woman left the path, it wasn’t necessarily for a photograph. However, with the prevalence of social media people putting themselves in danger for a photograph has become more of an issue. Just a couple of years ago DIYPhotography reported on similar news here in Yellowstone and of people plunging to their deaths for selfies like here.

So please, whenever you are out and about enjoying nature with your camera follow the rules. They aren’t there to be killjoys, they are there to protect the landscape and wildlife, and to protect us from our own stupidity. A 7-day jail sentence seems light compared with the prospect of falling in acid – just imagine what it would do to your camera equipment!