WhatsApp will teach you how to convert voice messages to text


It is already known that soon the WhatsApp messenger will support end-to-end encryption not only of the conversations themselves in any form, but also similar protection of saved backup copies of chats. But if such a function will soon become available to everyone, then only beta testers with iOS will receive another useful feature for now.

According to the portal WABetaInfo, in addition to the ability to encrypt copies of chats, iPhone owners will soon be provided with the ability to convert voice messages into text. The feature is in development and should be available to beta program members soon.

Whatsapp will not send voice chat data to Facebook’s servers. Reportedly, the transformation will take place at the level of the smartphones themselves. According to the portal, after the message is transcribed for the first time; the text is the local WhatsApp database, so it does not have to be converted every time. 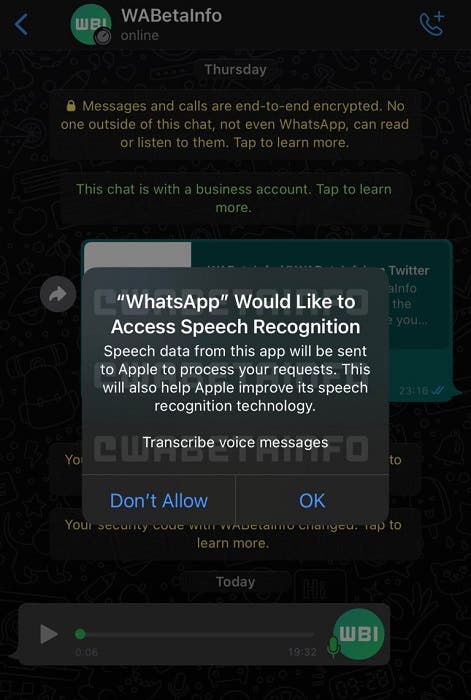 The new feature will further help Apple improve its speech recognition technology. Of course, to use it, you will have to provide WhatsApp access to the “engine” that recognizes the voice; this may cause some concern among supporters of total protection of personal data.

The availability of the new functionality on Android will be available at a later date. 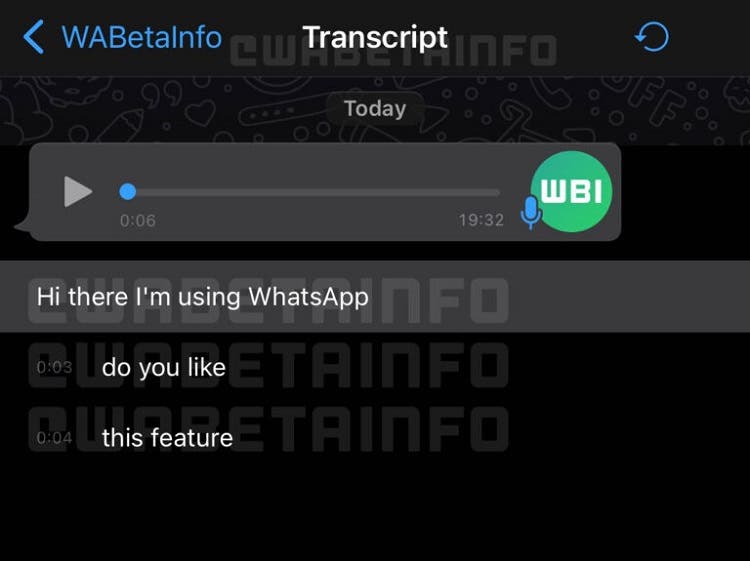 The popular messenger WhatsApp will provide users with the ability to encrypt backups of chats, which, depending on the device used, are stored unencrypted in Apple’s iCloud or Google Drive cloud space. Now the developers have taken a step towards eliminating one of the methods of stealing the private correspondence of the messenger users.

Despite the fact that messages have end-to-end encryption; although this is now questionable, chat backups have no encryption at all. Backups of WhatsApp chats in the cloud have long been in use by law enforcement agencies around the world; to access the data of suspected messenger users. Now the development team has states that the weak link in the messenger system will be.

According to reports, the developers of WhatsApp have created a system that allows users of the messenger on devices with Android and iOS to protect their chat backups using encryption. In the next few weeks, users will be able to generate a 64-character key to block access to the backup. Users can store the password offline, in a password manager, or in the cloud ” backup key store ” developed by WhatsApp. If the user does not want to use the generated key, he can specify his own combination of characters.

What is the Cheapest Phone Service?