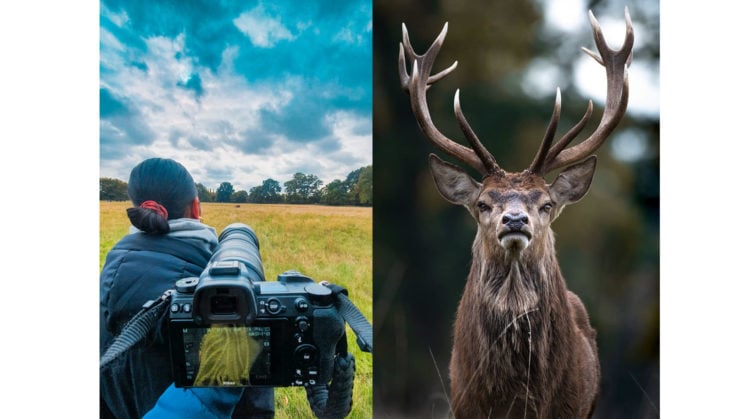 Picture the scene: You’re up at dawn to photograph the local wildlife. Your car is miles away, and you’ve hiked in the dark. A stag pops his head up out of the foliage in the distance. You reach for your long lens, you want to make sure this is a pin-sharp killer image, and then Dang! You realize you’ve left your monopod or tripod at home! This is exactly what happened to London based photographer Hiren Vekaria when he was out photographing deer with his Nikon Z6 and 500mm lens.

Photography is largely about solving problems and so luckily Hiren was able to think quickly. He used his wife as a voice-activated camera stand! I think you’ll agree that she did a phenomenal job at keeping still and Hiren’s resulting shot of the deer is spectacular. What do you do if you don’t have a handy human to support your camera equipment on though? I tried out a few suggestions from other photographers plus a nifty one of my own!

Dollies and things on wheels:

A couple of years ago I wanted to take some interior background shots in Valencia for some composites. The building in particular is a UNESCO world heritage site and has very strict rules on photography and what they will allow. You can photograph it, but there is a no tripod no monopod rule which is heavily enforced. My hands are a bit shaky and there was no way I’d be able to handhold the exposure I needed because inside it is quite dingy (being a medieval building and all). However, I discovered that they do allow baby strollers and pushchairs inside. So I enlisted the ‘help’ of my toddler, strapped on my gorilla pod and DSLR and the StrollerCam was born! It worked remarkably well and I got the background shots that I needed and I didn’t get in trouble. I probably wouldn’t recommend the miniature assistant that came with the StrollerCam though! 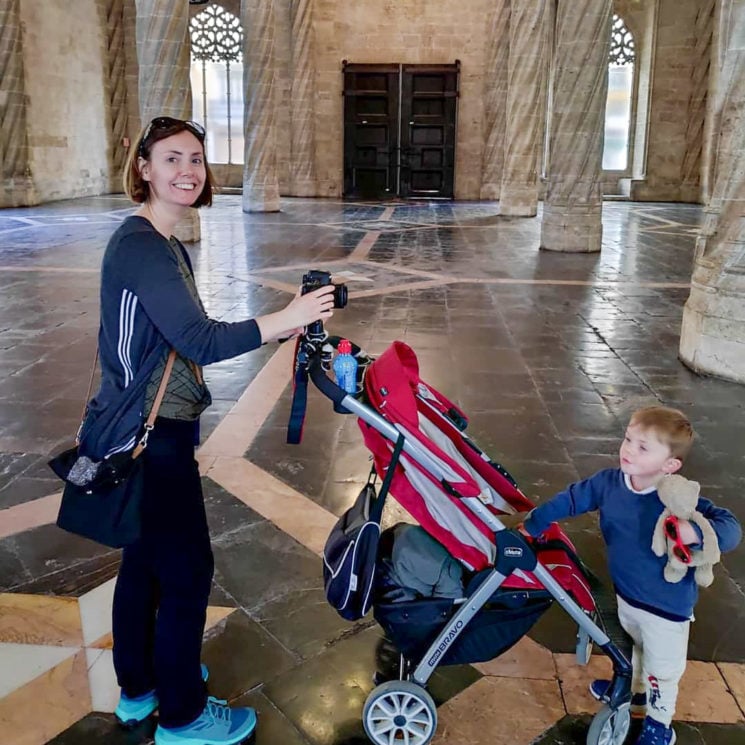 Using the StrollerCam, plus assistant!

For video work, anything on wheels can be used as an improvised dolly. From an office chair to a discarded skateboard. Porto-based photographer Anna Gunn of McGunn Media has resorted to several ‘of the moment’ camera supports. She tells of how she found a child’s skateboard by a rubbish bin “it was a stroke of genius” she says, “I couldn’t get the tripod low enough, and the skateboard I found was the perfect height! I even attached a string to the front to create a dolly effect”.

Most of us have used a camera bag or bean bag in a pinch, and I have definitely used a fence post in the past (I actually do own several tripods FYI, in case you were wondering!). But there were a few other ingenious suggestions as well. Anna went on to explain how she had once used her shoe to capture an extreme low angle when shooting up at a building using f16 to create a sunburst effect in the reflections. Gives a whole new meaning to the ‘hot shoe’ feature! 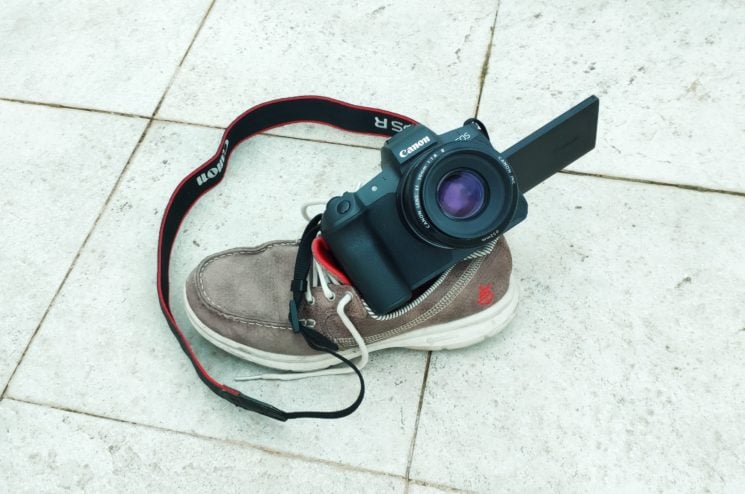 Texas-based photographer Janice Eddington no longer takes heavy tripods out at all on hikes, she simply brings a washer and bolt that fastens into the underside of the camera and some string. So simple, yet effective.

Finally, Jay Farmer suggested using a roll of either paper towels or toilet paper. You can squish them into whatever shape you want, a rubber band stops them unfolding and they also come in handy for other ‘uses’ when out hiking in the wilderness 😉 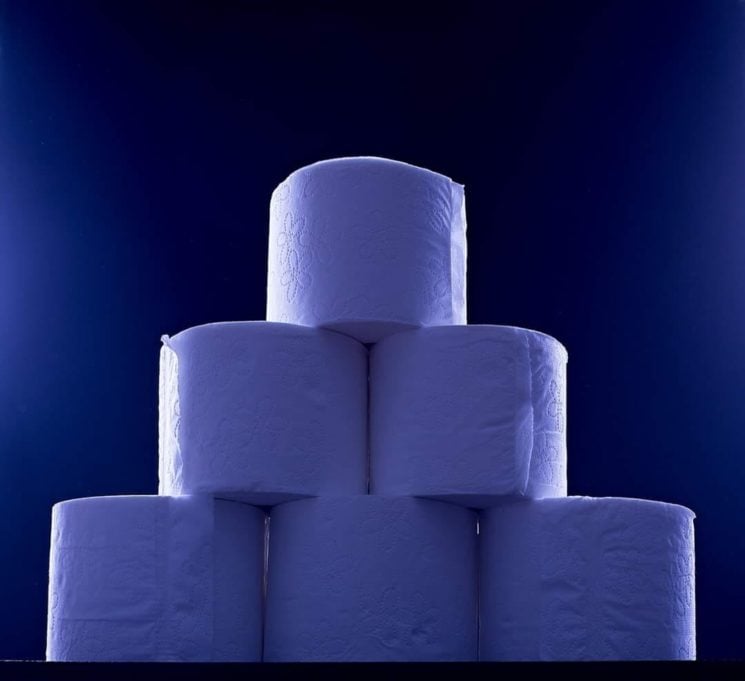 Have you ever had to resort to using any of these things instead of a tripod? Or have you found something even more bizarre that works?