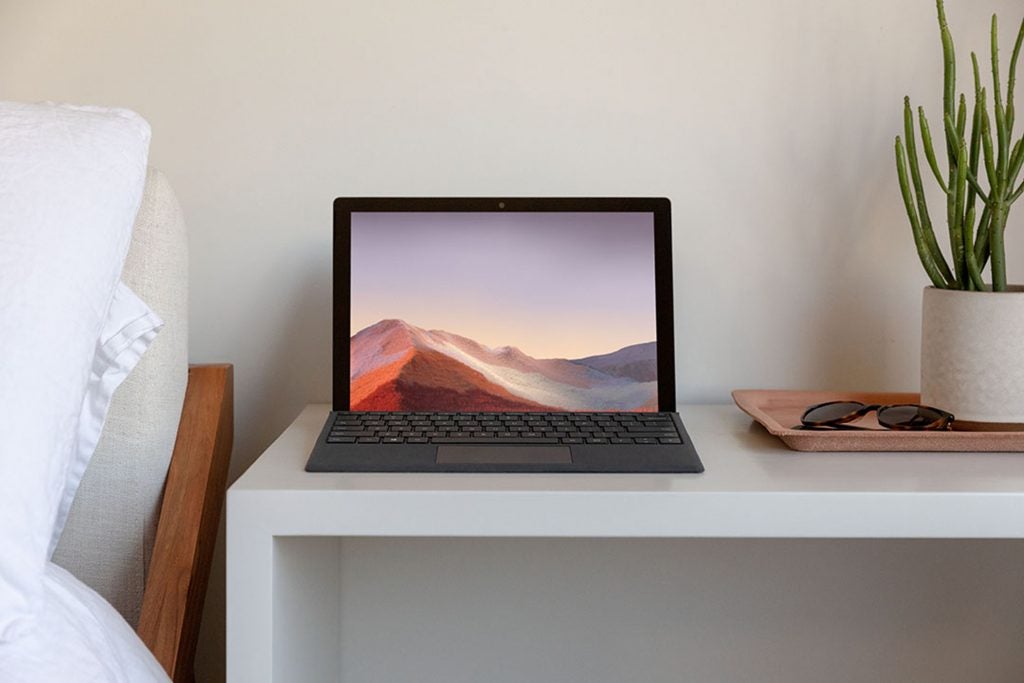 OPINION: I have to say, I’m impressed with the Surface Pro 8 leaks. I expected Microsoft’s new hybrid PC to only get a processor refresh, but a leaked retailer listing indicates it could get more significant upgrades such as a 120Hz refresh rate, dual Thunderbolt ports and replaceable SSD hard drives.

This would bring the specs of the Surface Pro more in line with the iPad Pro. For example, Apple has been bragging about its ProMotion (120Hz) technology for quite a while now, recently introducing it to the iPhone 13, and so it would be a big move from Microsoft to offer a similar upgrade.

The 120Hz refresh rate should ensure smoother scrolling and a more comfortable viewing experience, with our mobile expert Max Parker confirming that it makes a big difference. I’m also hoping that Microsoft eventually raises the frame rate cap for the Xbox Cloud Gaming service, as it could help boost the performance for games streamed via Game Pass – although that is wishful thinking.

It’s fantastic to see that Microsoft may finally be adding Thunderbolt support, too. The company shouldn’t exactly be praised for turning up late to the party, but it’s still a great addition that erases some of the iPad Pro’s advantages.

And then there are the replaceable SSD hard drives – not a huge surprise given Microsoft also added this functionality to the Surface Laptop 4, but still a rare feature that Apple doesn’t currently offer with the iPad Pro.

That’s arguably where the advantages end, though. When comparing the specs of the rumoured Surface Pro 8 to the existing iPad Pro, I’m really struggling to see many features that would tempt me to purchase Microsoft’s tablet over Apple’s offering.

It’s of course great to see that Microsoft will probably be moving over to Intel’s 11th Generation processors for the Surface Pro 8, but we already know they can’t compete with the might of Apple’s M1 chip, which has trounced Intel in benchmark test comparisons.

Apple has also upgraded the screen of the iPad Pro with Mini LED technology, which enhances the tablet’s picture quality with improved contrast and colour accuracy. It’s not out of the question that Microsoft will introduce an OLED panel to the Surface Pro 8 this week, but it seems unlikely due to the scarce rumours on the subject.

It is of course important to remember that Apple’s Pro tablets are more expensive. The 12.9-inch iPad Pro has a starting price of £999, while the rumoured 13-inch Surface Pro 8 is expected to cost around £799. You could instead opt for the 11-inch iPad Pro which costs just £749, but then you’re losing a couple of inches of screen estate – I’d personally be fine with that deal since you’re getting so many better features.

With all things considered, I can’t help but feel Microsoft has missed out on an opportunity to offer something a little more exciting for the Surface Pro 8, whether that be an OLED panel, 5G connectivity or even something more left field. Maybe Microsoft still has an ace up its sleeve ahead of this week’s Surface event – it could even be Windows 11 related – but I just don’t see it leapfrogging Apple anytime soon.

What do you think? Would you consider buying a Surface Pro 8 instead of an iPad Pro? Let us know by sending a message over on Twitter. And keep your eyes on Trusted Reviews for more updates on the upcoming Surface reveals.