Transsion Holdings is back to the headlines with another smartphone from its budget smartphone OEM Tecno. The brand has been releasing a multitude of smartphones lately, and today is introducing a new Tecno Spark 8 smartphone in India. The device is coming at a low pricing point and will offer a decent set of specs when you’re in the market for a low-end handset. As usual in this category, the device offers a waterdrop notch, a rear fingerprint scanner, and thick bezels. Tecno is trying to implement a unique identity with a pretty bold “STOP AT NOTHING” marketing tagline.

The Tecno Spark 8 clearly a smartphone that focuses in the entry-level segment. For instance, the device has a MediaTek Helio P22 SoC. This chipset is way behind what MediaTek is offering nowadays. It’s an Octa-Core SoC with the aging ARM Cortex-A53 cores clocked at up to 2.0 GHz. It is aided by a PowerVR GE8320 GPU which a maximum clock speed of 650 MHz. The device is paired with just 2 GB of RAM and up to 64 GB of Internal Storage. That is a really strange combination as we’re used to seeing at least 3 GB in devices with such an amount of storage. Therefore, the device is capable of storing many files, but the multi-tasking capabilities will be compromised. Anyway, the device has a micro SD card slot for further memory expansion by up to 256 GB. 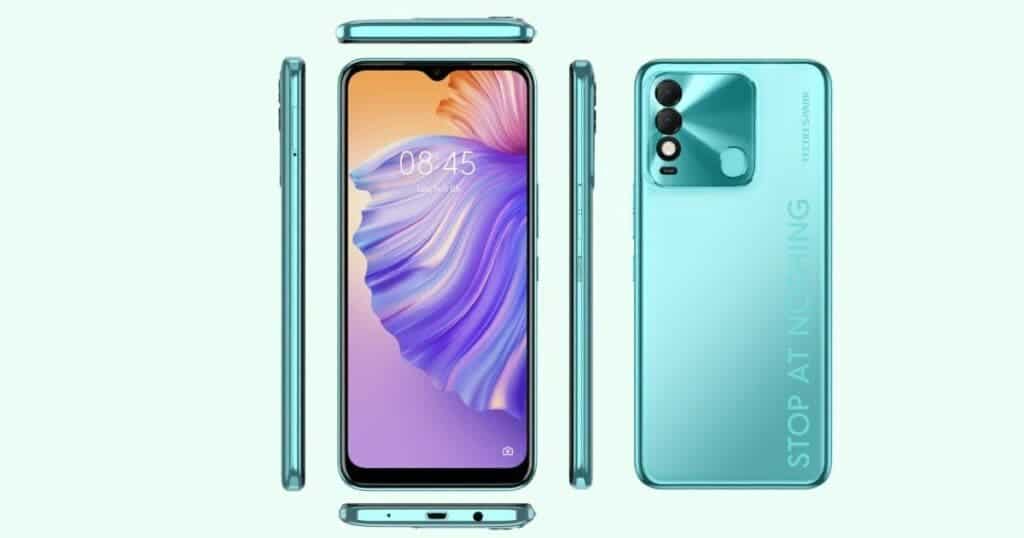 The handset flaunts a 6.52-inch LCD screen with an HD+ resolution (1,400 x 720 pixels). According to the company, this panel offers a 120 Hz touch response rate, but this is touch-sampling and not a refresh rate. The device still has a common 60 Hz refresh rate if you care to know. The display has a waterdrop notch at the top that serves as a home for the 8 MP selfie snapper. This shooter should be enough for modest selfies and video calls. Moving around to the back, the smartphone feature two cameras – a 16 MP primary snapper, and an unspecified “AI module”. The rear camera supports 1080p video recording.

The Tecno Spark 8 draws its powers from a 5,000 mAh battery. Unfortunately, charging will be slow due to the micro USB port limitation. Other features include Bluetooth 5.0, Wi-Fi Dual-Band, and the device run Android 11 Go, which should bring some relief for the low amount of RAM.

The Tecno Spark 8 comes in a Green colorway and has a plastic body panel. It will go on sale across “all retail stores” in India from Wednesday, September 15.

How the BloomBridge Founder Turned a Family Promise into a Business