The Realme Band 2 announced a couple of days ago will debut in India next week – on September 24. The launch event will be streamed live on the company’s official YouTube channel and Facebook page starting at 12:30PM local time.

The Band 2 succeeds last year’s Realme Band, and it comes with a bigger screen, bigger battery, and a new design, which makes it look more like a smartwatch.

Other new features the Band 2 comes with include stress measurement, women’s health tracking, blood-oxygen-level measurement, and Smart AIoT Control. You can read our Realme Band 2 announcement coverage here to know more about it. 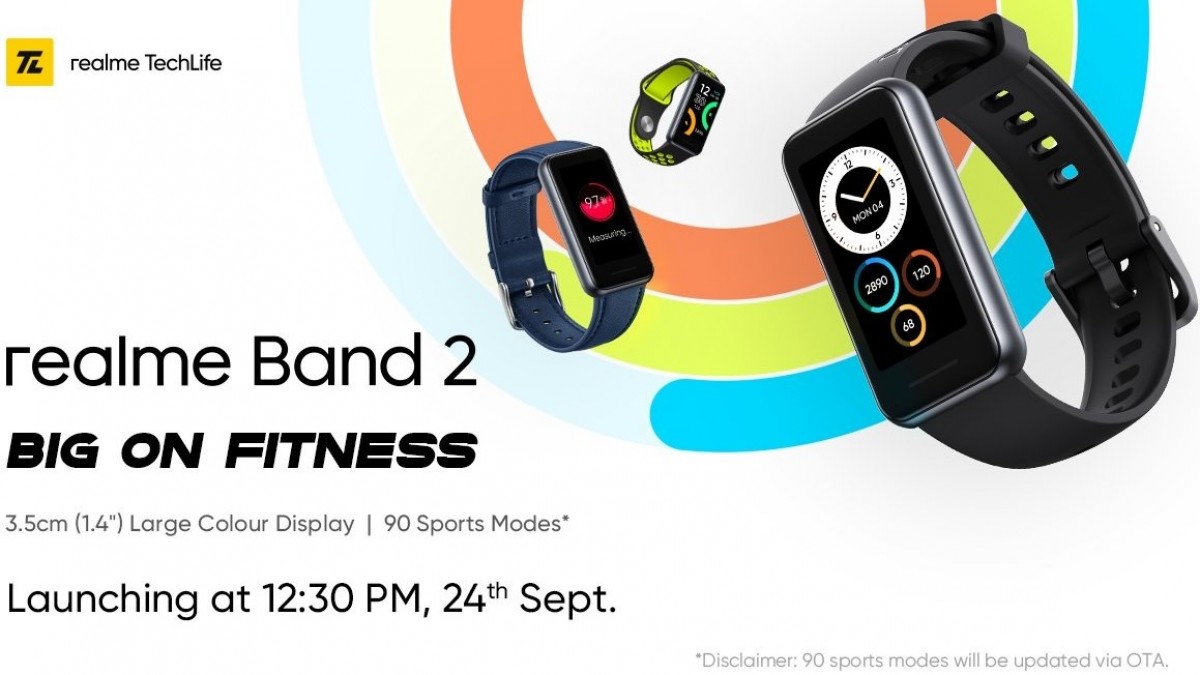 In addition to the Band 2, Realme will introduce the Smart TV Neo 32″ and Narzo 50 series next Friday in India. 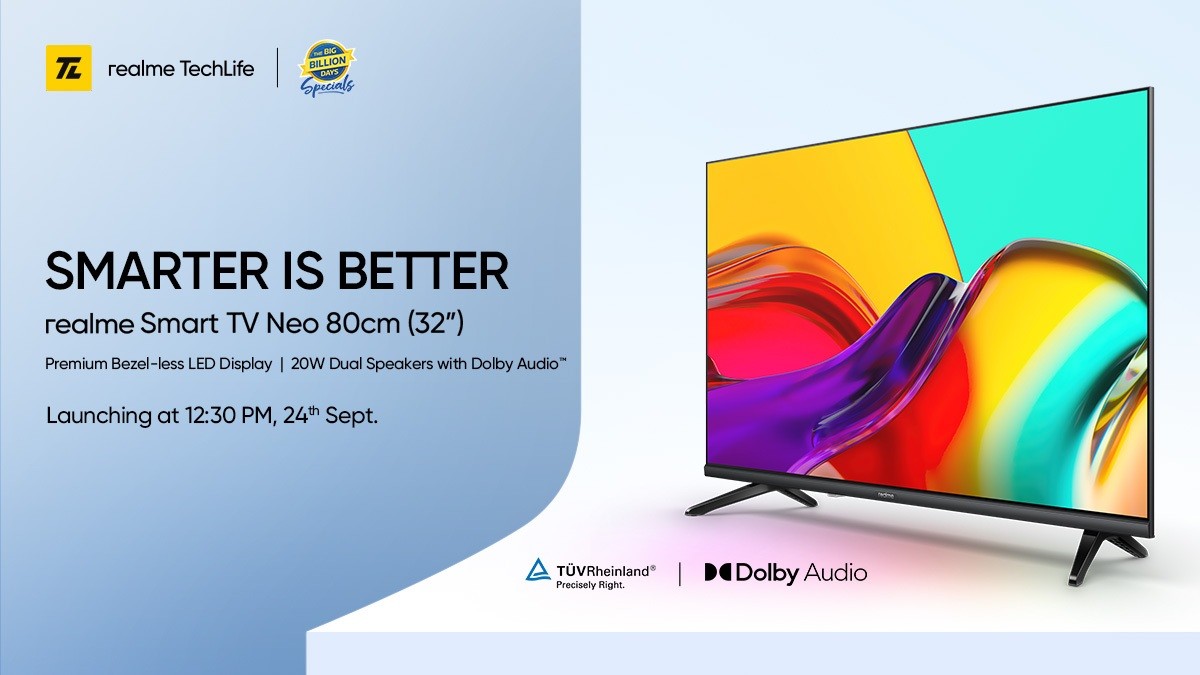 The Narzo 50 series will include the Narzo 50A, but the company is yet to confirm the vanilla and Pro models. However, since the company is using the word “series” here, we expect at least one more Narzo 50 smartphone to join the 50A on September 24.

While we await more information on the rest of the Narzo 50 smartphones, Realme has revealed the Narzo 50A’s design along with key specs – Helio G85 SoC, 6,000 mAh battery, and triple camera system on the rear comprising 50MP primary, 2MP portrait, and 2MP macro units. 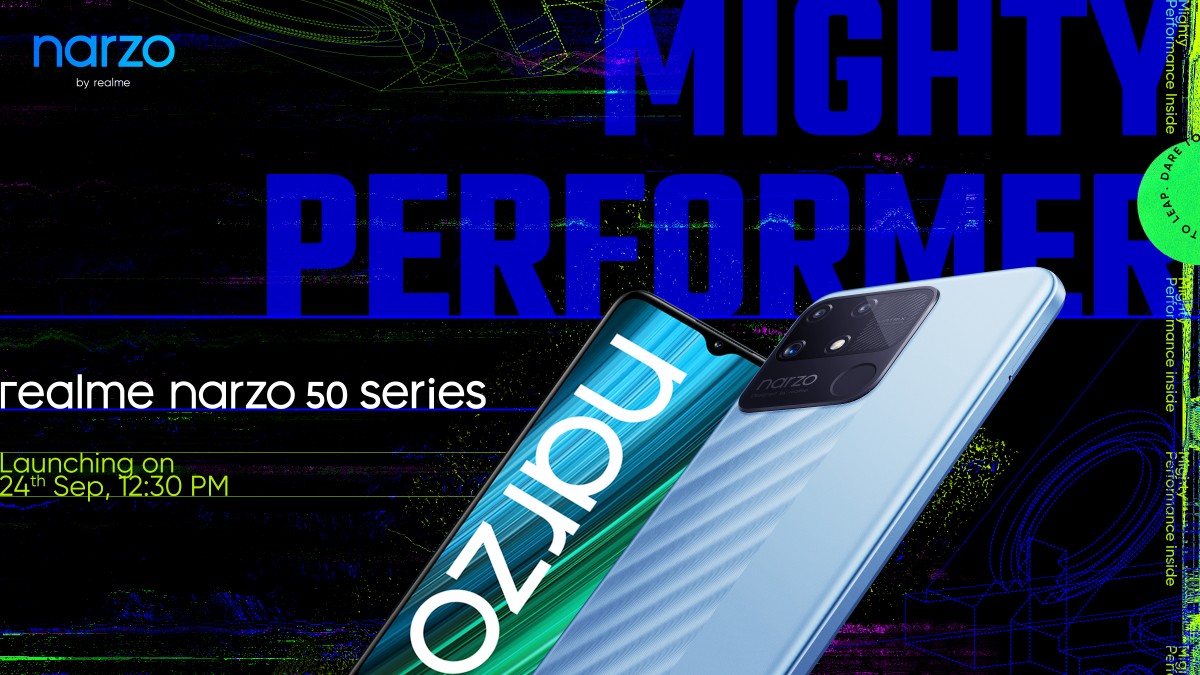 The Narzo 50A’s rear cameras are joined by a fingerprint reader, and the smartphone will also have a 50MP mode, allowing you to take pictures in 8,160×6,144-pixel resolution. 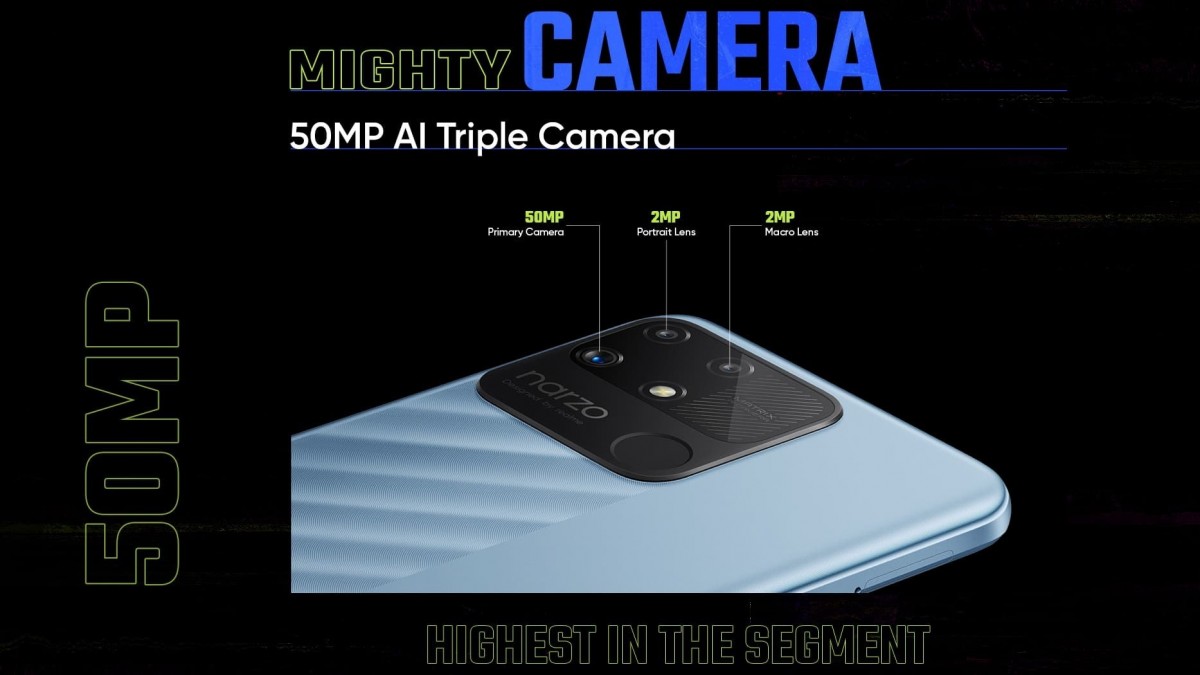 These specs were leaked by OnLeaks, who also claimed the Narzo 50A will have a 12.5MP primary camera on board, which turned out to be incorrect.