Qualcomm Snapdragon 898 has made its first appearance on Geekbench, revealing the high-end SoC’s Geekbench test scores. The next flagship chipset from Qualcomm will be powering up several upcoming premium devices. The Snapdragon 888 (SM8450) delivered a strong performance. However, phone manufacturers faced heat-related challenges, despite adopting a frequency reduction strategy. As a result, all eyes are on the semiconductor company’s next flagship chipset dubbed, the Snapdragon 898.

The California-based company will be adopting Samsung’s 4nm process to manufacture the Snapdragon 898 chipset. As a result, the upcoming chipset could offer a considerable 20 percent increment in terms of performance. Furthermore, it has already been confirmed that the CPU of the Snapdragon 898 will have a three-cluster architecture. The first Geekbench scores of the hotly-anticipated chipset have finally surfaced online, corroborating earlier speculations.

Taking to his Twitter account on September 4, noted leaker Abhishek Yadav shared what appears to be the upcoming chipset’s Geekbench debut. It is worth mentioning here that the chipset seems to be running along with a Vivo phone, which is still under wraps. For those unaware, Qualcomm has a reputation for debuting its high-end hardware with Xiaomi branded phones. If earlier reports prove to be true, the Mi 12 series will be the first to pack the Snapdragon 898. According to the listing, the upcoming flagship SoC is codenamed Taro. Regrettably, this Geekbench listing does not divulge a lot of details about the upcoming chipset’s performance.

However, it reveals that the processor scored 720 in the single-core and 1,919 in the multi-core tests. Although the aforesaid scores suggest that the chipset’s performance is lower than its precursor, Snapdragon 898 could still be on top of the segment in this cut-throat competition. Especially, if Geekbench benchmarks for the multi-core are anything to go by, the Snapdragon 898 will effortlessly outperform the others. While it retains the previous current run-point version of the original SM8350, it boasts other impressive specs such as an Adreno 730 GPU, and a dual Part 3400 architecture.

An earlier Weibo leak suggested that the Snapdragon 898 will be 20 times faster than its predecessor. However, the Geekbench results do not reflect this improvement. According to NotebookCheck, this could be because it is an engineering sample and the phone could be running on unstable firmware. There is also a possibility that the phone may be running in a battery-saving mode, which restrains the CPU. Alternatively, this abysmal performance could be a result of bad thermals. The low performance can be due to Samsung’s 4nm node, which will be used in the chipset. 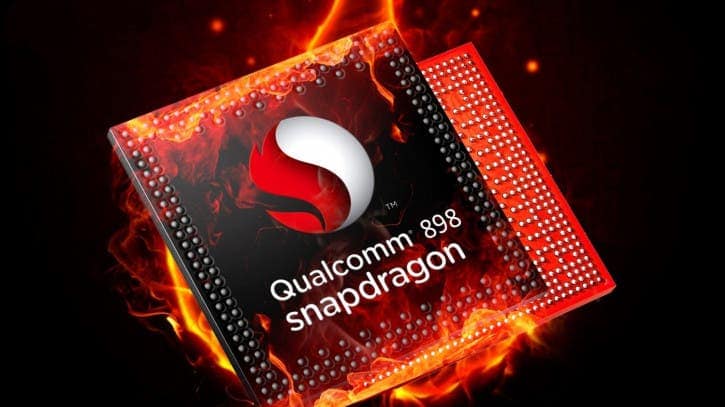 The Geekbench listing shows the chipset’s core configuration. It suggests that the prime Cortex X2 core clocks at 2.42GHz. Likewise, the Cortex-A710 core clocks at 2.17GHz and the Cortex-A510 cores are at 1.79GHz. It seems that the Snapdragon 898 sample did not run at its top potential. Earlier reports have revealed that the Cortex X2 core is capable of going as high as 3.09GHz. Moreover, the Geekbench listing has revealed that the Qualcomm SoC will feature a competent Adreno 730 GPU.

Why You Really Need A COFFEE TABLE