Home » Photographers, beware: Another job scam is going around
Camera

Photographers, beware: Another job scam is going around 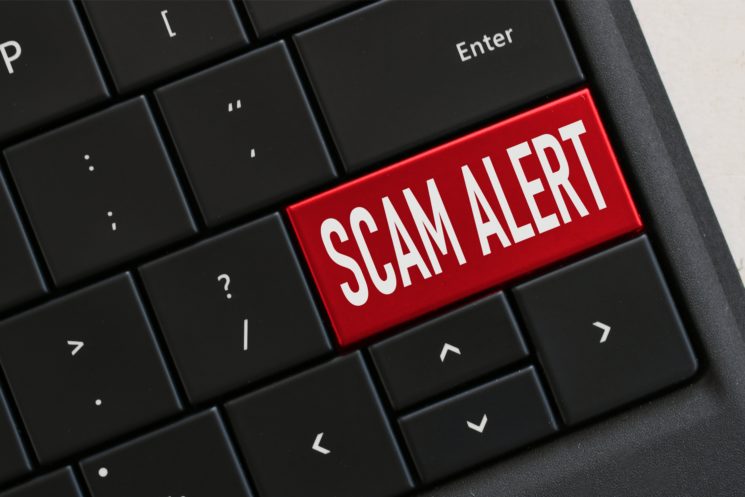 To all photographers out there, keep your eyes wide open and be skeptical to the max. Yet another job scam seems to have appeared, offering you a job to shoot real estate. But of course, there’s a catch, and you could lose your money in an instant if you misread the red flags and fall for it.

Reddit user Jeff Harris posted about the email he got from “Shira Karney.” She told him she was “a hiring manager” for a real estate investor. The first email was pretty short and unspecified, reading that she would like to learn more about his photo services and that he should write back if he’s interested. In my book, being this unspecified is the first red flag. However, I would still be interested to hear more about it, even if just to laugh about the pathetic scam attempt.

Jeff notes that he would sometimes get legit jobs like this, so he decided to respond and ask for more details. This is the response that he says he got:

“I am very glad you decided to respond to my message. I am the Hiring Manager GA Consultant and am compiling shots for Triple five Group “Real Estate Page”. Triple five Group is a real estate investor and have properties all over the United States and Canada. We are looking for professional and reliable photographers who want to create stunning images to feature on website and online real estate magazine. We have scheduled a list of properties to work on in your area for next week and I’ll be emailing you the address of the properties along with the Realtor you will be meeting to have your duties performed. You will be working within 1 or 2 hours during the scheduled period and you will be paid $1,000 on each assignment. and you will be working 3 days in a week depending on your flexibility. Compensation for this project will attract $3,000 weekly. We want 30 professionally taken pictures in High Res Digital Copies. Uploading the pictures through Dropbox, Drop send or any other file sharing platform you are familiar with. As the photographer we want you to handle other aspects of the gig and dictate the creative direction. If you can handle this, please reply with your full name (to be written on your cheque payment) Phone Number, Address with Postal Code. Looking forward to a good working relationship with you.”

I read the message twice and it didn’t sound too suspicious, other than the style being a little hectic. Jeff also thought maybe he could give it a shot, and they really sent him the check. And boom, there was the catch: the check was at $2,980 and he was asked to pay a house stagger a fee right away. “They want you to pay right away before the check comes up as insufficient funds,” he explains.

Of course, he found this way too suspicious. The check was from the Jewish Community Foundation of Montreal. Jeff called them, and they confirmed that it was indeed a fraud. “They were aware of the scam and an investigation is under way,” he writes.

Furthermore, Jeff also called Triple Five Group Real Estate. “They also confirmed it was a scam, as they do not do house listings,” Jeff points out. After that, he reported the scam to his local police, which was definitely a good call.

This is a pretty old scam, but it seems to be going around again. Even though Jeff would only lose $20 in this particular one, it could have been more. In fact, scams like this usually do ask for more. Sadly, it’s just one of many scams targeting photographers, and some of them earned millions of dollars from the people who fell for them.

“So be aware,” the photographer concludes “I know times are tough now for photographers, (when aren’t they), and a job like this can be very alluring.”

Epic Games v. Apple ruling: iPhone-maker wins the antitrust lawsuit, but it must allow use of alternative in-app payment methods