In less than a week, Apple will unveil a new family of flagship smartphones. A survey conducted by Savings shows that only 10% of iPhone users plan to upgrade to a new model.

More than 1,500 Apple smartphone users participated in the survey. Of those surveyed, only 10% said they plan to purchase an iPhone 13, while 64% of survey participants said they were not going to upgrade their smartphone. More than a quarter, 26% of the respondents, found it difficult to answer. Of those planning an upgrade, 33% own an iPhone less than a year old. Survey respondents expect the new Apple smartphones to have an improved camera, more battery capacity and support for satellite communications. 8% of respondents are waiting for new body colors, and another 4% still hope that Apple will return a fingerprint scanner to new smartphones.

The iPhone 13 will have a smaller camera cutout on the bezel, high refresh rate screens in Pro versions, improved cameras and satellite support for emergency calls. More details about the capabilities of Apple new smartphones will be official on Tuesday, September 14. 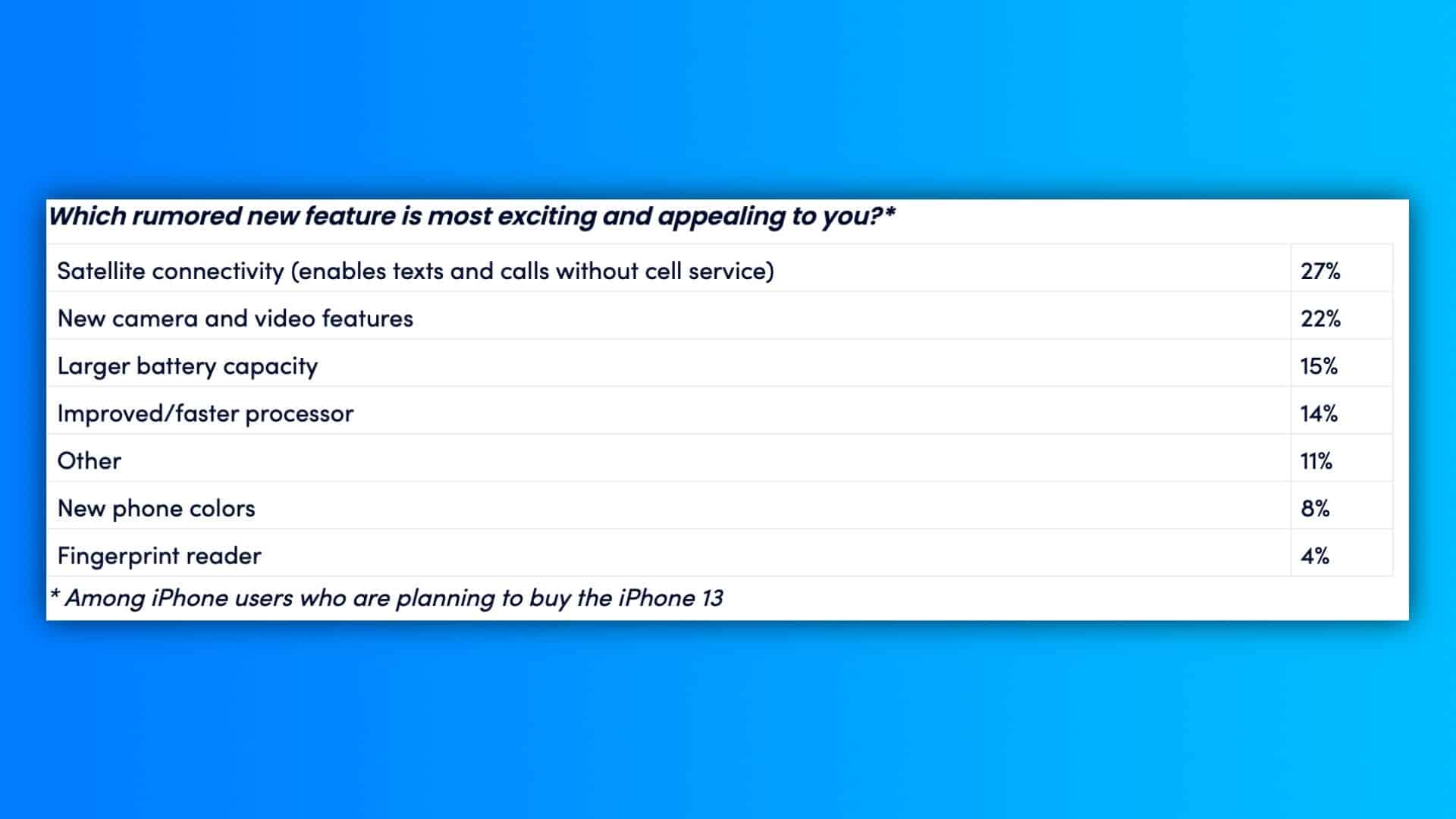 iPhone 14 will lose the notch and the protruding rear camera

Apple will unveil the iPhone 13 series smartphones as early as next Tuesday, September 14th. And on the web there are already rumors about the company’s smartphones; the release of which will take place for 2022. Reputable source of leaks Jon Prosser claims that the iPhone 14 will boast a radical new design.

According to the source, the iPhone 14 will lose the notches at the top of the screen in favor of an inconspicuous round cutout. This was previously reported by analyst Ming-Chi Kuo. In addition, next year’s Apple smartphones will have the rear panel free of protrusions, as the camera will finally be flush with the body, for the first time since the first generation iPhone SE. iPhone 14, according to Prosser, will receive titanium cases and round volume buttons, similar to those used in the iPhone SE. The speaker and microphone on the bottom edge will be covered with nets, which will replace the current solution in the form of holes arranged in a row.

According to earlier rumors, the iPhone 14 series will include three smartphones. The company will not release a compact mini version of the device; as demand for small smartphones has fallen short of Apple’s expectations.