Home » ND Filters: A Tool That Should Be In All Next-Gen Cameras
Camera

ND Filters: A Tool That Should Be In All Next-Gen Cameras 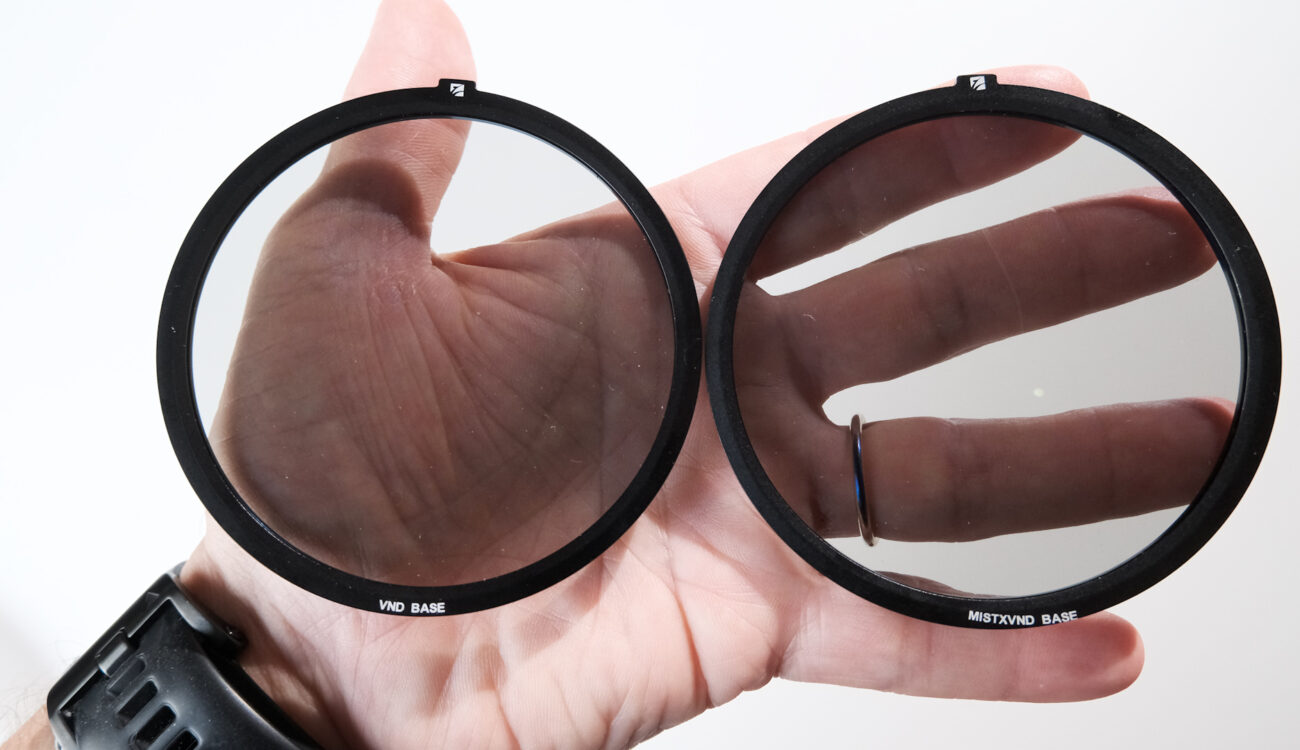 ND filters have been around since the beginning of time, but they could and should be the future of next-gen cameras focusing on video or even photography.

The other day, baking under the worryingly intense mid-summer sun, I had the idea to set out and take a bunch of panning shots of the many dozens of beautiful murals in my area. It was a great time, but it also powerfully reminded me of two uncomfortable facts: One, my LUMIX S1H has some serious rolling shutter in full-frame mode and, two, that in direct-enough sunlight it can be legitimately difficult to avoid clipping without using an ND filter.

Part of it was my stubborn adherence to the 180-degree rule, but even with a slightly faster shutter, the lens at f/22, and a below-base ISO, I was often only barely escaping clipping on these highly reflective, intensely sun-lit walls. I could have used a screw-on variable ND filter, but the wide-angle zoom I wanted to use lacks the necessary filter threads!

With multiple companies now elevating sensor performance to incredible heights, I think it will increasingly be the usability and versatility features that differentiate the most popular cameras. With that said, the next big thing for mirrorless cameras, especially video-centric mirrorless cameras, needs to be integrated NDs.

The camera industry is quickly approaching an event horizon, past which nobody quite knows where cameras will go. The resolution, bit-depth, frame-rate, readout speed, compression level and more, are all approaching the point of extreme diminishing returns. For narrative filmmaking, in particular, which still focuses on 24p filming to a large extent, the only real number that can still spark excitement is dynamic range – and how many cameras will an extra half-stop of latitude really be able to sell?

On the other hand, cameras can still be annoying and unwieldy regardless of their technological power. The S1H is a 6K powerhouse in a relatively tiny mirrorless body – but without an ND filter, it lacks some of the basic functionality found in many of its more expensive, bigger-bodied cinema camera competitors. That’s because integrated ND filters have always been associated with more expensive bodies. Hopefully, as companies realize they have fewer pure numbers to crank up, less quantifiable features like NDs will come to the consumer-level market.

Sony has already swept into this space with its FX9 and FX6 bodies, bringing an incredibly advanced continuously ramping ND system together with an exposure automation system that can make even complex indoor-to-outdoor tracking shots a breeze. Canon has introduced a stopped physical ND filter wheel with its C70 – and between them, these $6000 and $5500 cameras respectively represent two of the most affordable integrated NDs on the market. Kinefinety will bring an eND to market with their Edge 8K camera, though at a higher price point. Coming in at the lowest price-point, though, is the Blackmagic Pocket Cinema Camera 6K Pro with a physical ND filter wheel, making it an extremely attractive option for those who can go without continuous autofocus functionality.

Obviously, NDs can help us maintain exposure while keeping that aperture wide open for extreme bokeh, but they can also facilitate much more nuanced approaches to filming – not to mention let you shoot murals more easily.

NDs also naturally fit with dual-gain sensors. When using a low-light sensor with a second, higher base ISO setting, it’s often advisable to bump your ISO up into the range of the second gain circuit to reduce noise; with NDs, you can do this with less danger of clipping by bringing final brightness right back down again.

With NDs, we can partially get around the problems of increasing the gain of a signal that’s already very bright. That’s true whether they’re integrated or not, but as I found on my recent shoot, you don’t always have the ability to use external NDs. Internal NDs are always there for you.

One thing about the ND filter is that, aside from the difficulty of working it into the tiny space of a mirrorless mount, it’s actually quite a low-tech component. Just coating a piece of glass in a filter isn’t that hard, relative to the challenges camera companies regularly surmount. Continuous electronic NDs are harder, but multiple companies seem to at least have prototypes in the works.

The question is which company will most aggressively drive down the minimum price-point for a camera with integrated NDs. With the cheapest I know of coming in at $5,500, there’s not much further down the price spectrum to go before customers start asking: why would I want a new camera body without one?

Would you make a camera purchase based on it having in-body ND filters? Let us know in the comments below!