iPhone 13 (Pro) is Here – Cinematic Mode and ProRes, the End of Video Cameras? 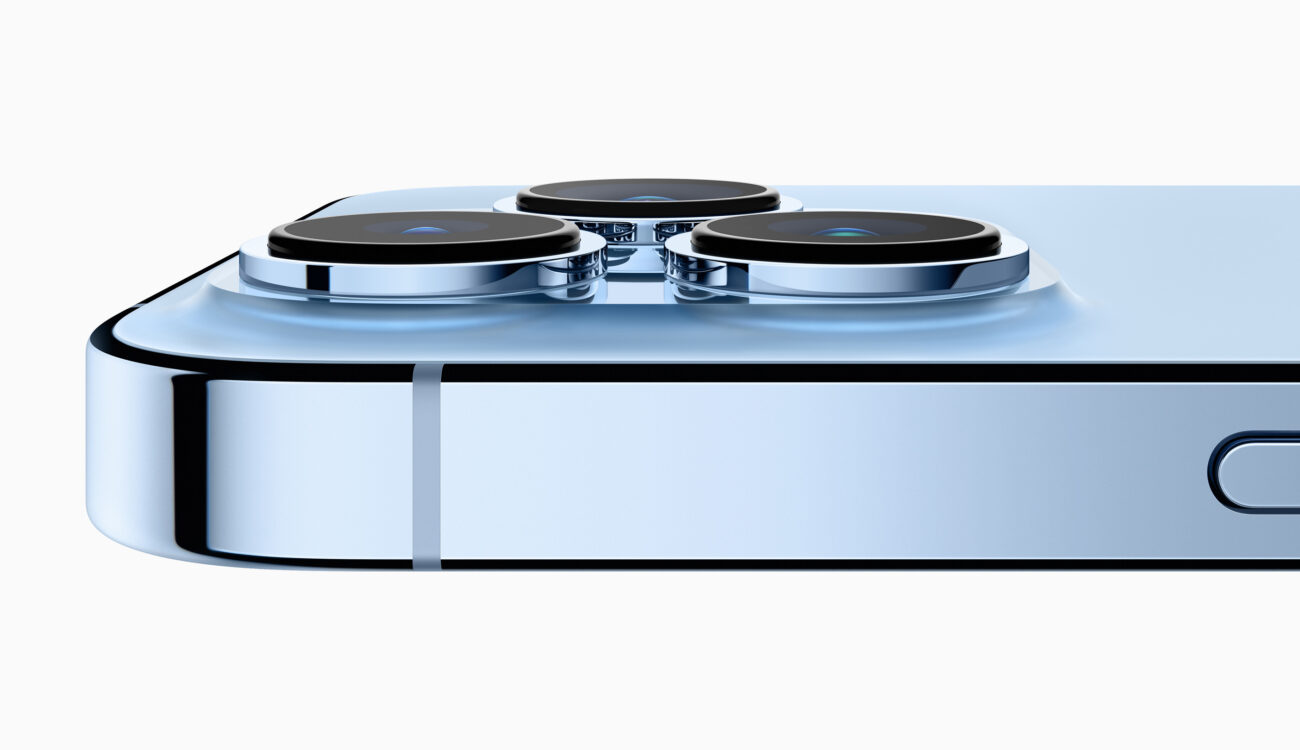 The iPhone 13 is here. Apple has just announced the release of its new phone in four different variations. As with years before, the new iterations come with increased battery life and efficiency, as well as brighter and better displays. But this year brings some new additions that are positioned to shake up the camera market once again: iPhone 13 cinematic mode and ProRes recording.

This year could be a massacre for the camera industry as it looks like it might be time to throw out your entry-level or prosumer cameras.

When it was first released, the iPhone shook up the cellphone market. While some people hated the lack of a keyboard, almost a decade and a half later it has defined the market. When was the last time you saw a physical keyboard on your cellphone? With the introduction of prosumer grade video and photo options, Apple started to tackle the camera market. Point-and-shoot cameras no longer exist because of it. Directors and cinematographers started to choose the iPhone as a unique and cost-saving solution to shoot their films. But now, with the iPhone 13, the cinema camera market is the next target in Apple’s crosshairs. With the addition of Cinematic Mode and ProRes built right into the phone, Apple is positioned to not only disrupt but to give creatives a novel approach in how they create their stories in the visual medium.

We recently published an article about rumors that Apple would introduce Portrait Mode for video. Today, this has come to fruition. Cinematic Mode builds on the same concept, but at multiple frames per second. The new A15 Bionic chip that comes with every model of the iPhone 13, uses its processing power and multi-frame image processing pipeline to create a depth of field effect. Check it out in the video below.

This new iPhone 13 Cinematic Mode can be used automatically, which shifts the fake depth of field effect to focus on a subject’s face. If your subject looks away, the computational power of the A15 reframes the focus onto something else in the frame. A manual option is also available, allowing users to shift the focus as they see fit. It can also be locked onto a subject and track it, much like the face-tracking features from Canon and Sony.

Change the focus point and level of bokeh after shooting!

What’s especially amazing about the iPhone 13 Cinematic mode is that each clip is saved with a depth map, so the focus can be changed in post within a video clip, including the level of bokeh applied (like it has been already possible with Portrait mode for photos).

We can’t wait to see what this feature is capable of, we surely will see filmmakers use this professionally very soon. Apple featured director Kathryn Bigelow and DP Greig Fraser, ACS, ASC in their introductory video and they showed off some impressive scenes shot on the new iPhones.

While not available right out of the box, ProRes is also coming to iPhone. But later this year. ProRes alone would be a game-changer, but in combination with Cinematic Mode, Apple has created a device that is set to rival prosumer-grade cinema cameras. This advanced video codec is widely used as the final delivery format for commercials, feature films, and broadcasts. It offers higher color fidelity and less compression than the current H.264 and HEVC formats.

The new A15 chip uses advanced video encoders and decoders, along with its flash storage pipeline, to handle this workload. Users can capture, edit, and share their projects right from their devices. What was once available only for cinema-grade cameras, is now an option on your smartphone. Is this even a phone anymore? Whatever it is, it’s the first device to offering an end-to-end professional workflow.

The lenses on the new phone have also gotten special treatment. The Pro lineup comes with three new lenses, equivalent to 77mm at f/2.8, 26mm at f/1.5, and 13mm at f/1.3. The last one offers a whopping 120° field of view. Not only that, the new ultra-wide lens offers new options for macro photography. That also means that the telephoto lens now offers a 3x magnification instead of the 2x as before.

With all these new additions and upgrades (and of course this one also features Dolby Vision HDR like iPhone 12), Apple has made a unique device set to disrupt the camera market once again. But, this is new tech and while the demo during the keynote was incredible to see, it still needs to go through testing to see if it’ll match up with the big boys and girls – and we will do our best to put it through its paces soon.

While the new iPhone won’t be replacing RED and ARRI cameras in productions any time soon, it is becoming clear that cameras will never be the same. Creators can now film an entire movie on their phone that can look and feel like a blockbuster feature, all while taking calls from their grandma during Christmas. Who knows, maybe it’ll even pop on Netflix’s list of approved cameras?

What do you think of this new iPhone? Is this the game-changer Apple thinks it is? Let us know in the comments!